Right now all over social media, we all might have noticed #SaveMithra or #Mithra_fights_sma posters and videos. Who is this Mithra? And why should we jump in to play to save her? What is meant by SMA? And why is it so serious? At the end of this article, all the questions which are concerned with this issue will be answered. 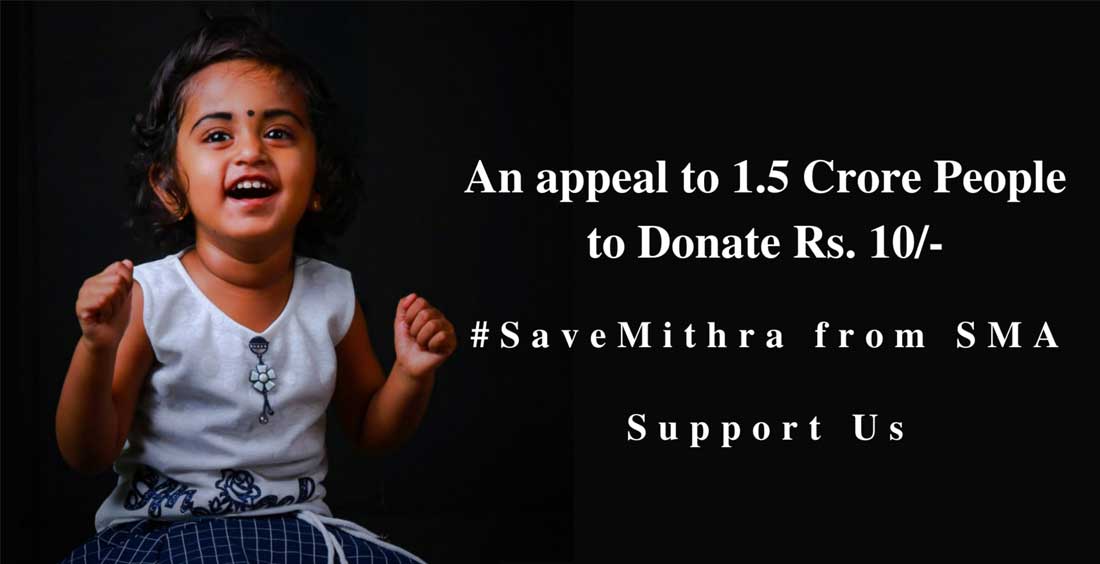 What is Spinal Muscular Atrophy?

Spinal Muscular Atrophy (SMA) is a rare genetic disorder. The people affected by SMA lose a specific type of nerve cell (a gene, SMN1 gene) in their spinal cord which is concerned with the muscular movements. This condition weakens the muscles, thereby leading to malfunctioning of the muscles. There are primarily 4 types of SMA. The symptoms for the type of SMA Mithra has, appear between ages 6 and 12 months. In this type, the infant experiences feeding and breathing problems, cannot stand or walk independently but can sit without support. Most babies affected by this type of SMA need a One-Time Gene Replacement Therapy before the child turns two because after which the child may face a lot more life threatening complications.

I am K Satheesh Kumar father of K S Mithra. My daughter Mithra is affected by a rare genetic disorder Spinal Muscular Atrophy. The cost of the treatment for this disorder is Rs. 16 Crores. I hereby by request every soul who is reading this to help to Save our Child by donating Rs.10/- to Care and Welfare’s Ten Rupees Campaign and spread the word. Every contribution of yours matters to us for our baby Mithra. 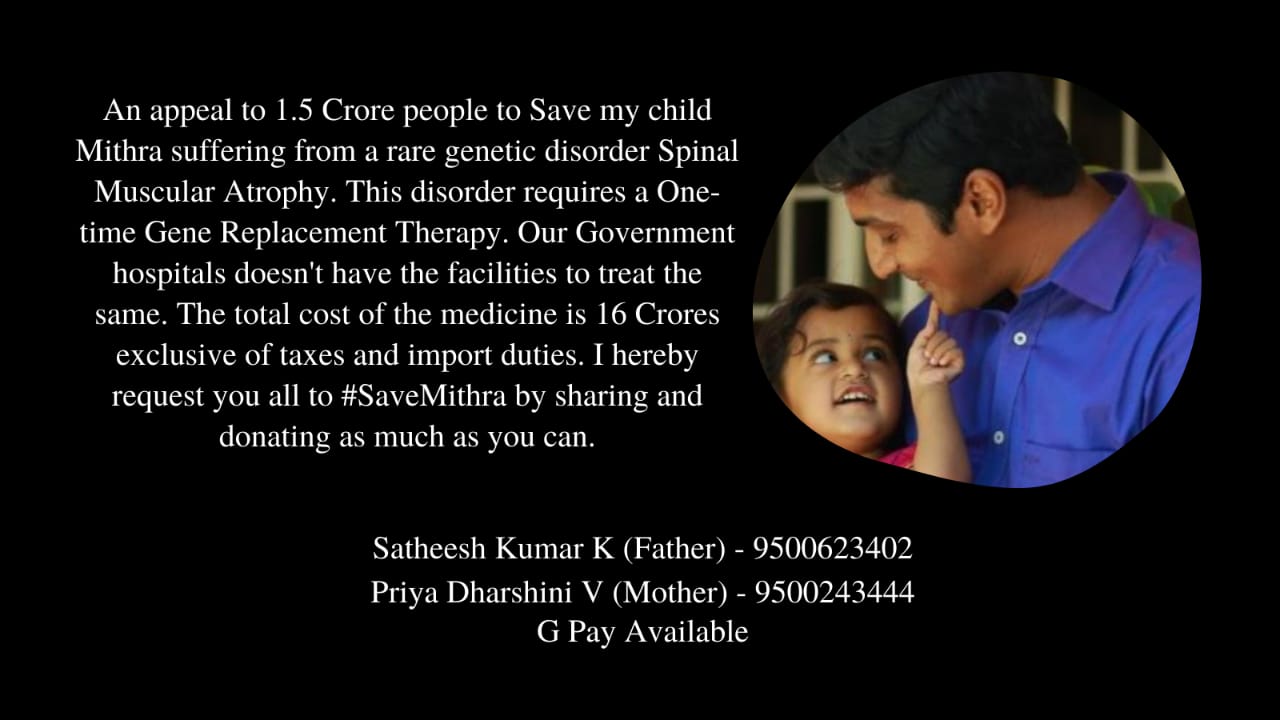 How can this One-Time Medication treat SMA?

According to the NHS, this medication consists of the replica of the missing gene (SMN1 gene). The active ingredient onasemnogene abeparvovec, when injected, passes into the nerve and restores the gene, which then produces enough proteins that restore the nerve function thereby regulating the muscle movement. 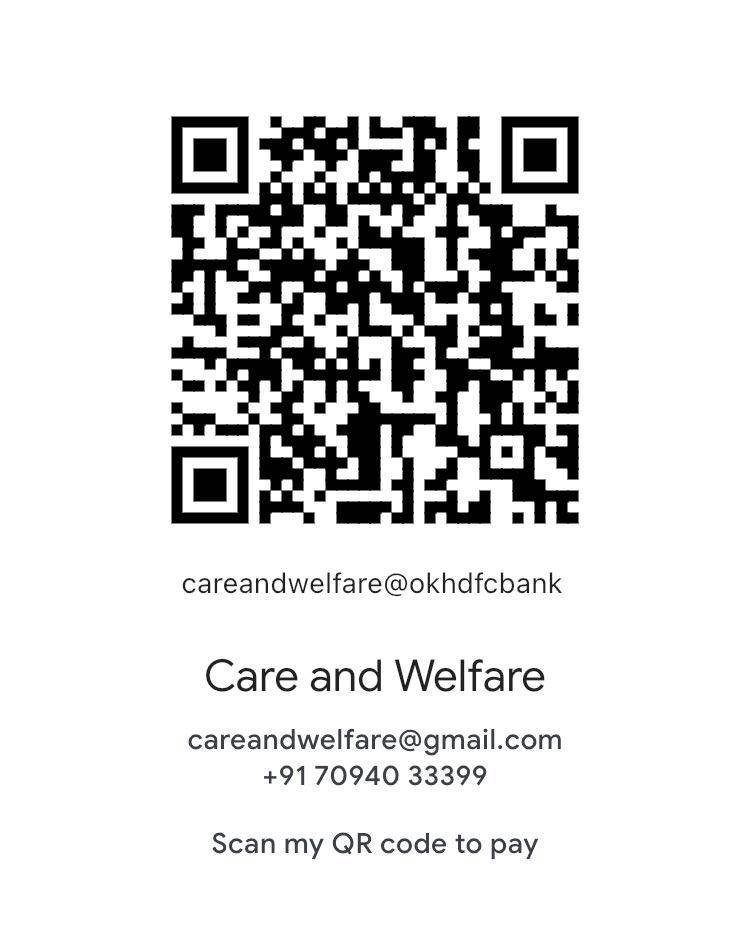 Scan Our QR Code to Pay

Dr. Ann Agnes Mathew is a paediatric neurologist specialising in Neuromuscular disorder at Banglore Baptist hospital, She has been treating Mithra for Spinal Muscular Atrophy. Dr. Ann has explained about Spinal Muscular Atrophy being a rare genetic disorder and she had also stated that the baby should be injected with the medicine before she turns 2 and the medicine costs about 2.1 Million USD which is 16 Crores in Indian Rupee. She also stated that the the babies affected with Spinal Muscular Atrophy are generally clever and they find difficulty in walking or even lifting their hands. Dr. Ann had claimed that Banglore Bapist Hospital, had treated babies suffering with SMA also that 8 babies who've been injected with the medicine at their hospital who are all invariably doing well. However, many babies have lost their lives as they weren't able to recieve the medicine. Hence, Dr. Ann wished luck in funding this treatment and Saving baby Mithra. 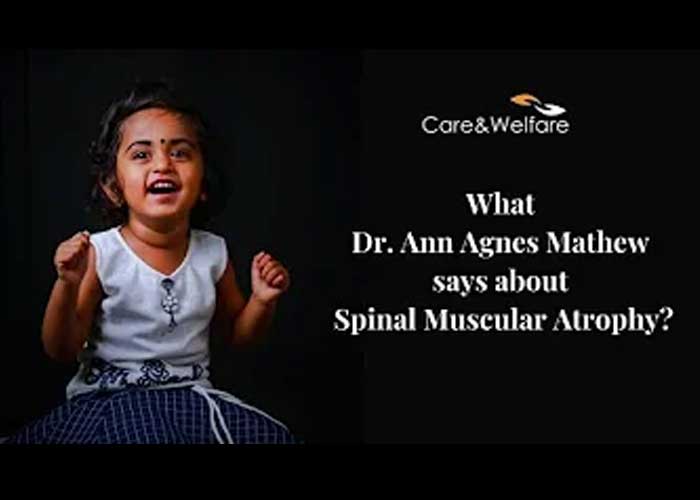 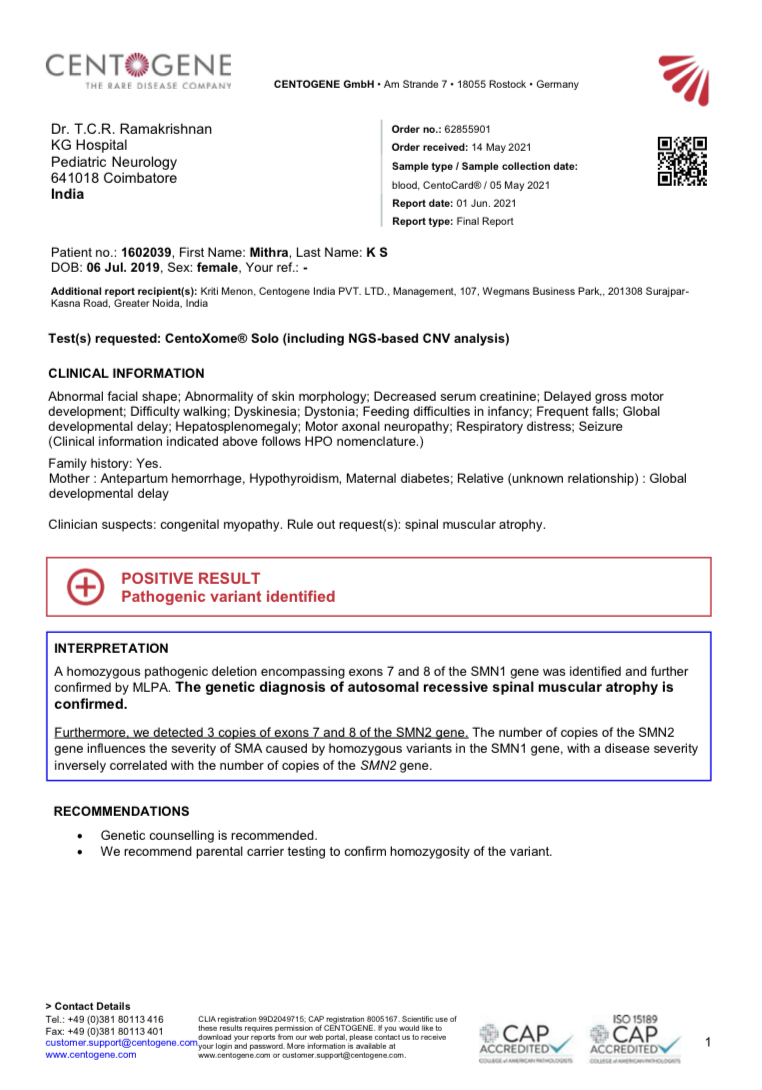 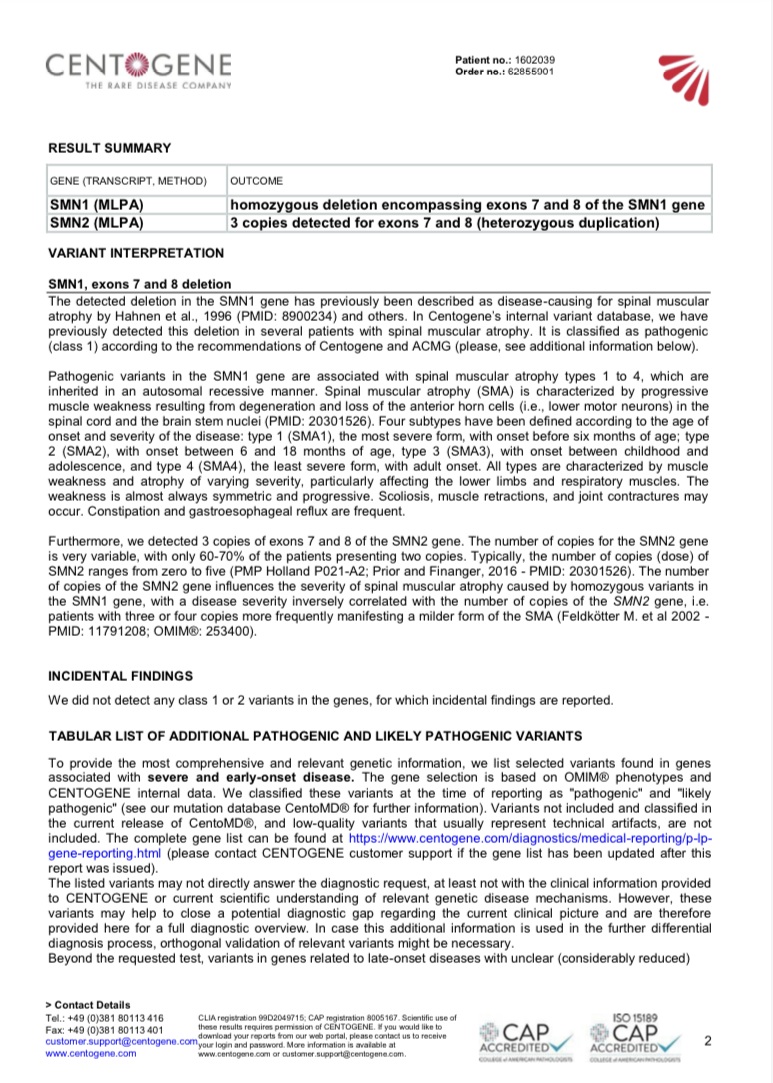 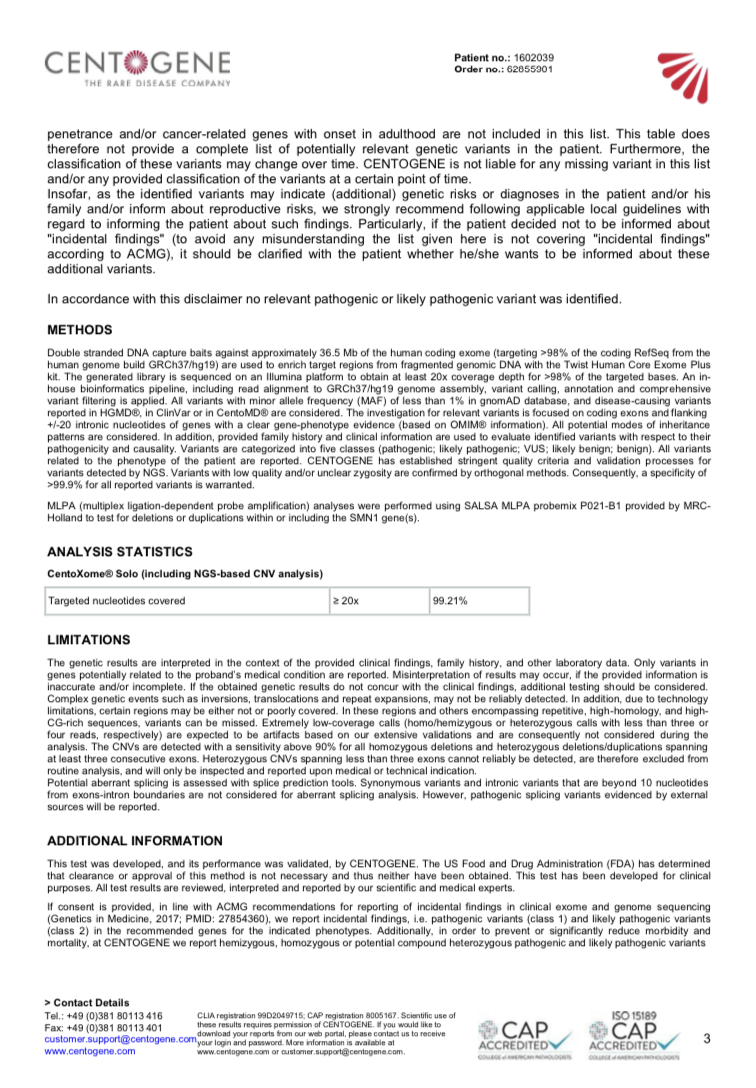 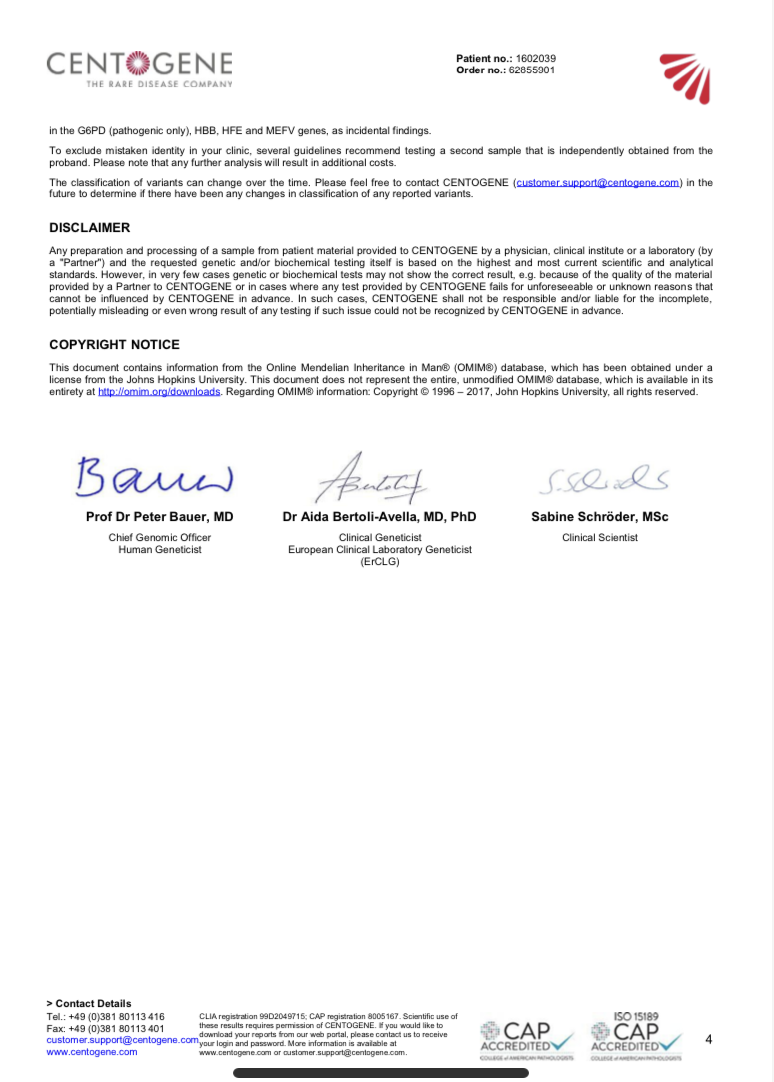 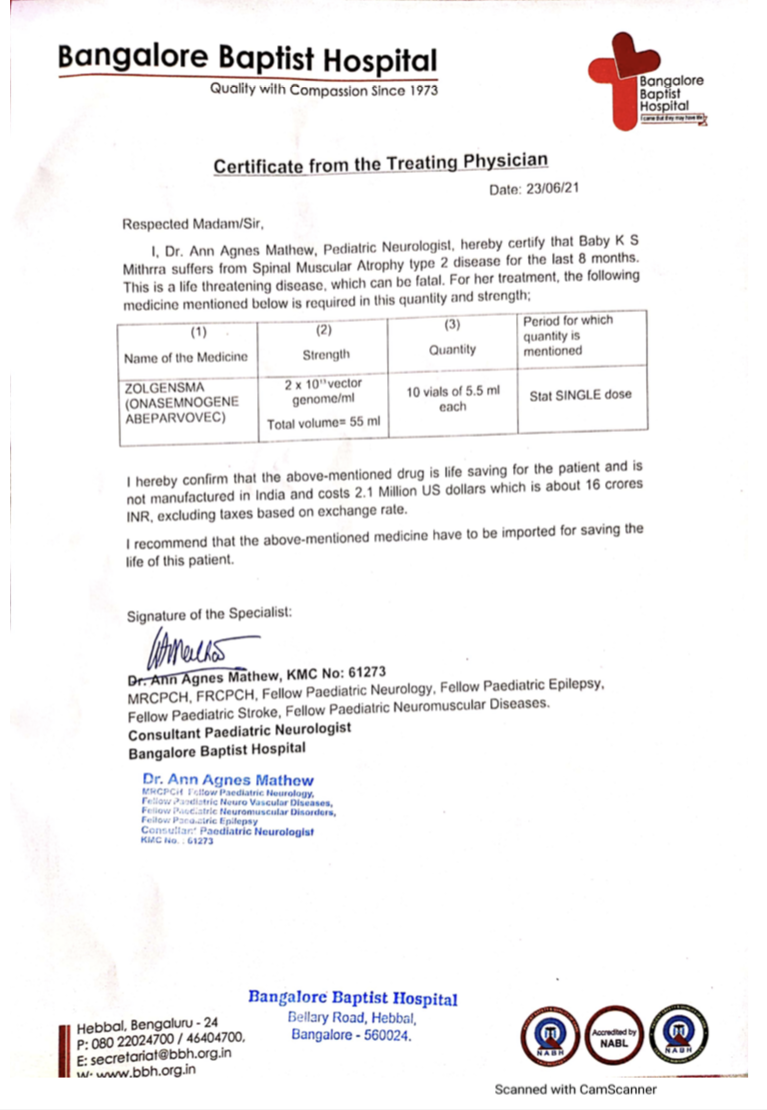 Is it Possible to reach Rs.16 Crore through Crowd Funding?

A common man raising 16 Crores for his child’s treatment isn’t a cakewalk! Each one of us donating 10 Rupees can change the impossible, possible! Right now you might wonder how my 10 Rupees is going to make a difference! But guess what,10 Rupees when contributed by 1.6 Crore compassionate Indians might entirely change the story. This Campaign has 2 main goals. One is to Save Mithra and the other is to make everyone a donor. As per the 2011 Census report released by the Tamil Nadu Government, the population of Tamil Nadu is around 7.2 Crores. When this campaign becomes viral enough and the whole of India or if the whole of Tamil Nadu chooses to be a donor it might change tables. We all might have heard the saying, “Little drops make the mighty ocean.” By this campaign, let's join hands and prove the saying. Saving Mithra isn’t just Mithra’s success or her family’s success but it is the success of every single soul who took time to share and donate.

We are in this together!